The horror movies we typically remember most aren’t the big budget Hollywood blockbusters, but the smaller pictures that are a little off the beaten path, the ones that slipped through the cracks when we weren’t looking. They may get little attention at first, but after a while of making the streaming service and Red Box runs, they end up on many people’s lists of favorite horror movies. This is a series where I humbly attempt to help those hidden gems onto some horror fan’s lists of favorites a little sooner rather than later. 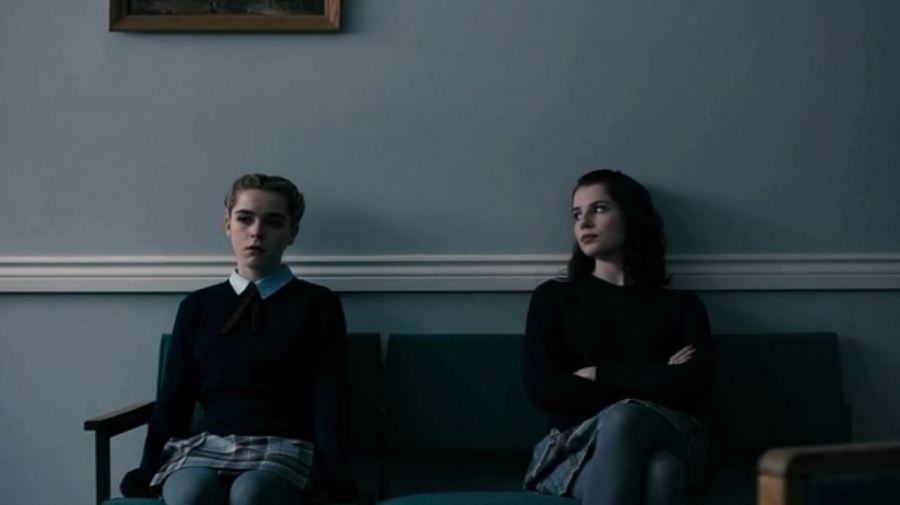 Right, so our first film, in what will hopefully be a lasting series, is The Blackcoat’s Daughter. This is a moody, intimate film, which plays a little fast and loose with its storytelling, but has an urgency that cuts to the heart of its themes of loneliness, isolation, and abandonment, and to the dark places they can lead. Part of this is achieved by a stylish and economical use of a small budget by director Oz Perkins. Together, with cinematographer Julie Kirkwood they’re use of shadows and space creates a feeling of dread that weighs down on you with anticipation throughout such a smoldering burn.

In an understated film like The Blackcoat’s daughter, one that relies heavily on creating a mood and rhythm to support such subtle storytelling, it helps to have convincing performances, ones that thrive in all the open space and silence of the film. That’s why Emma Roberts’ performance, in particular, is worth mentioning. You can count on one hand how many lines of dialogue she has, but Roberts inhabits her role seamlessly, and delivers a chilling and lonely performance that more than propels her end of the story. Also of note are Kiernan Shipka and Rose Boynton who both seem to revel in the uneasiness of their roles, bringing a disquieting grace to many of their scenes.

However, there are a few missteps in what is an otherwise good film. They aren’t as jarring as a record scratch but disruptive enough to notice, an on-the-nose monologue by Lauren Holly’s character that stuck out like a sore thumb, especially when her character could have used some of the same thoughtful subtlety as many of the others. Perhaps there were time constraints for filming with Holly and had to cram some ideas for her into one monologue (she has few scenes and they all take place in one location) but awkward nonetheless. There are also a few stereotypical moments involving a demonic possession that feel a little too close to the tired playbook from every possession film, but these are all minor bumps in the road for what is a confident and seemingly personal debut by writer/director Oz Perkins.