Inspired by the soon to be released film Avengers: Infinity War Part 1, I decided to put the Marvel Cinematic Universe in order and rank the films that have shaped the movie landscape for the last ten years. 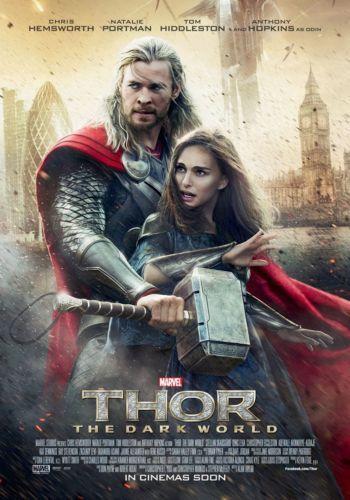 This movie sucked. They still didn’t know what to do with the God of Thunder, and it didn’t help that his bastard brother, Loki, had received all the fanfare up to this point. Thor was as well developed as a background extra.

They should have called this Guy With Muscles #4: Part 2 – The Boring One

I’m not steeped in comic book lore like many fans of the Marvel Cinematic Universe. I’ve heard people love or hate these movies solely because of their handling of the source material. That being said, I read the ten part Age of Ultron event series that came out just before Joss Whedon’s Avengers 2 film and really liked it.

I didn’t like Avengers: Age of Ultron. This felt like the film most burdened by the success of the rest of the series. It felt like it was more concerned with setting up secondary plots for future films and didn’t really care about the story it was telling.

The most egregious act of betrayal in this film is the handling of Black Widow. She had become such a great character, she was smart, funny and fearless. Black Widow dominated in a world full of super-powered meatheads. For some reason they decided to make her a damsel in distress.

It might seem like I’m picking on Thor, but they had no idea what to do with him. It almost felt like it took them ten years to realize Hemsworth was a talented performer.

Thor is basically a fish-out-of-water story. It’s not all together bad, I found parts of the world building cool, but ultimately it wasn’t anything special.

This is a the first of a string of really mediocre films that began to outnumber the good ones in the MCU.

Yet another film in the franchise burdened by the need to cram too much in it. Iron Man 2 isn’t terrible, but it wasn’t as well focused as the first one.

I thought Mickey Rourke looked awesome as Whiplash and I dug his whole ‘I don’t need to beat you, I just need to show the world you aren’t perfect’ shtick. And I thought the jealous competitor Justin Hammer was a good foil for Tony Stark.

Iron Man 2 hits a wall when they stopped the movie to start teasing the concept of the Avengers. They really should have kept that shit to the post-credit sequences and focused on making better films with more complex villains. Obviously that didn’t have an impact on the success of the franchise, but it would have been nice to have better films along the way. 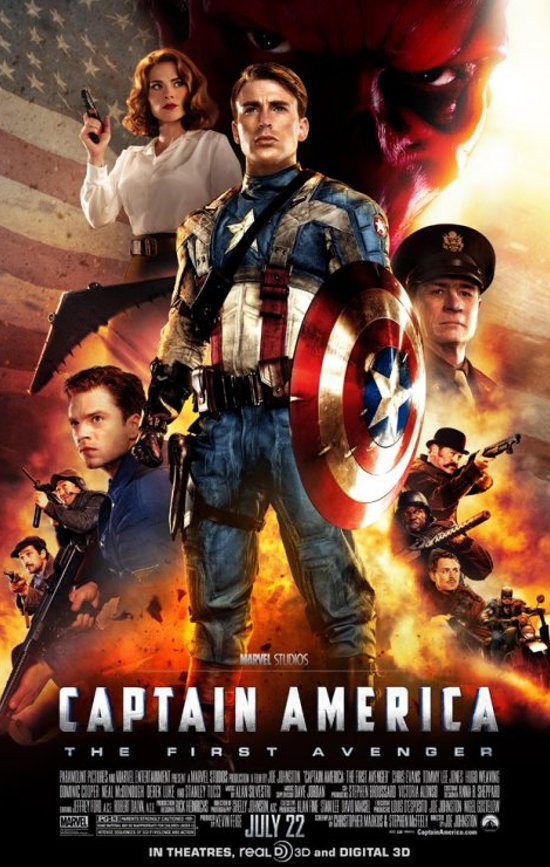 I know people love this one because they love Captain America, but I can not get past the Skinny Steve bits. It’s crazy distracting, especially when you consider how good the production value generally is with these films.

To its credit, the Captain America series has had the best villains in the series so far. It’s too bad they couldn’t freeze the Red Skull and bring him back into the fray.

Also, the Captain films do a good job of building up the character’s backstories and establishing relationships. They put in the work on Bucky early, and it paid off well.

Remember when Ed Norton was the Hulk? Word is he’s a pain in the ass and that’s why they gave him the boot, which is why this one gets the bastard treatment.

Some people shit on this film, and most forget it exists, but I thought it was pretty decent. I know I praised the production value earlier, but the CGI here could have probably used a few more renders.

This one was so close to being really good, but alas, they fumbled it in the end.

I had fun watching this in the theater, but I didn’t think much about it afterwards.

There was a decent amount of good and a whole lot of blah in this one. Loki was good, the Chitauri were stupid. The humor was good, the action was so-so. The characters were fun, seeing them bicker for half the movie was exhausting.

The one and only movie I will ever watch in 3-D.

When they fired Edgar Wright, who seemed to be the only person who wanted to see this movie made, the Marvel executive branch pissed off a lot of people. People began to look at them like a movie factory and not a movie studio. They were becoming a place where you check your individuality at the door and get in step with the system.

I didn’t really care if I saw this one, and I didn’t bother to see it at the theater (sorry, Marvel, I know you’re hurting for an extra $10). There wasn’t much excitement for it, and it was interesting to see if the internet was ready to turn on the MCU full force.

Ant-Man turned out to be really good. They had very cleverly dropped a unique superhero into a heist film, and it worked.

Everyone loves Thor: Ragnarok…but me. I know, I’m a curmudgeon.

I didn’t dislike this one so much as I was a bit bored by it. There were so many jokes that it almost felt like jokes were stepping on top of other jokes. I can’t believe I’m saying this, but I wish they would have treated this one with a touch of seriousness.

I like the fact they finally realized you can have Hemsworth do more than just flex on screen. Hopefully they don’t kill him in the Infinity Wars and we get a chance to see what they do next. 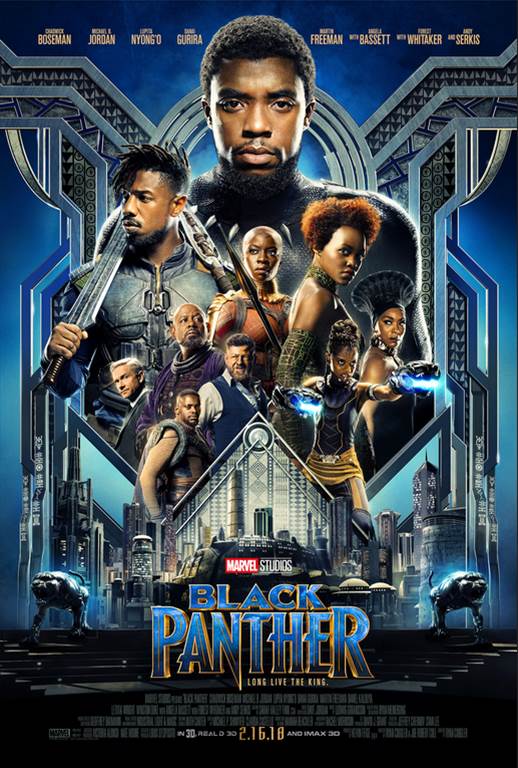 Well, it only took them ten years to realize you can cast a black guy in the lead of a movie and people will go and see it. This is now the highest grossing Marvel movie to date…go figure.

This is a very good movie. They nail it with the characters, the world, the tech, the effects and the traditions they create in Wakanda. My only criticism of this film is it could have used a little bit more action and they could have made this a little more emotionally complex.

I think Killmonger is an excellent villain, I just wish they didn’t make him so obviously a villain. He works in the film, but if they would have made him a good guy that goes bad, say a friend of the Black Panther that turns on him, I think it would have added so many layers to an already solid film. 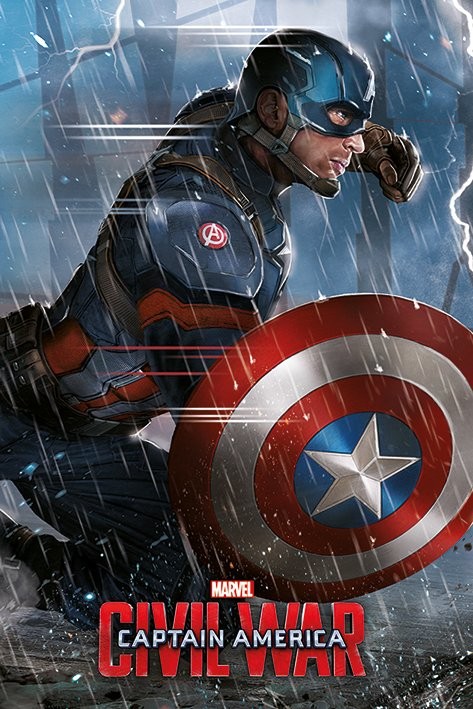 The Captain America movies are usually the best. Even though this was basically an Avengers film, since they break out everyone but Thor and the Hulk, they good job of following up on the Winter Soldier story and corrected the mistakes they made in the handling of Black Widow in Avengers: Age of Ultron.

The introduction of Spider-Man and Black Panther worked well, and they almost stole the show. Perhaps that’s a bit of foreshadowing since our core heroes are getting old and expensive.

While the airport scene is the one everyone talks about, the Spider-Man sidebar was my favorite part of the movie. I hate to say I’m ready for them to wrap up all this Avengers shit, even though I’m curious if they can stick the landing with a purple Thanos, but I’m ready to move on with the new characters in new worlds.

‘Where are the rest of the Avengers?’

How many times did you hear someone say that after a Marvel movie post the first Avengers adventure? If you think about it, it’s a fair criticism because in the world of these characters it makes no sense for them to go it alone on these life threatening adventures when they have their friends that could be there at a moments notice.

With Spider-Man: Homecoming they corrected the franchise. They stopped trying to raise the stakes so high it became exhausting and just went back to telling a neighborhood size story. It made for a refreshing movie that was funny and good.

I know you’re saying what about Ant-Man? Didn’t they do that with Ant-Man? All I can say is Ant-Man isn’t Spider-Man, and this is a better movie.

I really liked the character of Doctor Strange in the comics, so I was especially curious to see how this would translate to a film. Well, I think they nailed it.

They took the Tony Stark genius-asshole arc, added magic in the place of engineering and dropped in Tilda Swinton. They pulled from the playbook of Inception pretty liberally, but I’m not going to complain because it worked for what they were doing.

I got a bad feeling that Doctor Strange might be one of the shocking deaths in Infinity Wars, but I hope not.

04: Guardians of the Galaxy: Volume 2

Here is a secret to win my heart, cast Kurt Russell in your movie.

Like many people, I’m all in on the Guardians movies. It’s funny how when Comic Book movies first became a thing people were trying to make them seem like normal people in our normal world, but really what makes comics so great is their unlimited potential to explore pure imagination.

You have a talking Raccoon who is friends with a Plant in a spaceship ripping apart the time-space continuum. Yeah, that’s pretty great.

Everyone, including Star Wars, is going to try to be funny and wild like the Guardians and it’s not going to work…not without James Gunn.

I give the first one the nudge today because it took the most amount of risk because people didn’t know if it would work. 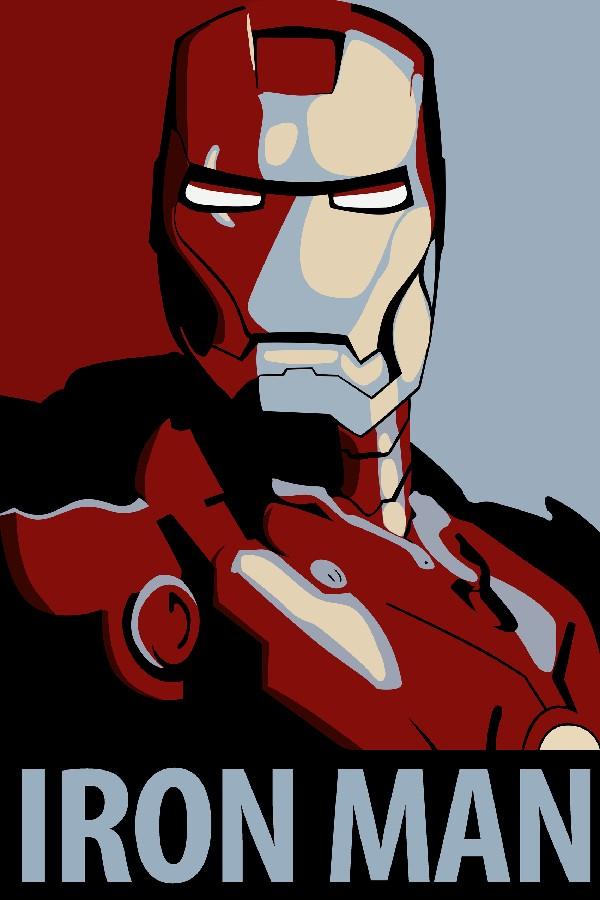 Has anything in the last ten years shaped the movie landscape more than the casting of Robert Downey Jr. as Tony Stark? Like Ryan Gosling says, ‘he’s a one man charisma machine.’

Downey’s Stark is a pretty complicated character. His arc takes him from careless playboy genius to genius playboy hero. We see him try and take responsibility for his past. He might be an asshole, but at least he is never boring.

Christopher Nolan showed the world you can make a serious Comic Book Movie. Jon Favreau’s Iron Man proved it could also be fun. 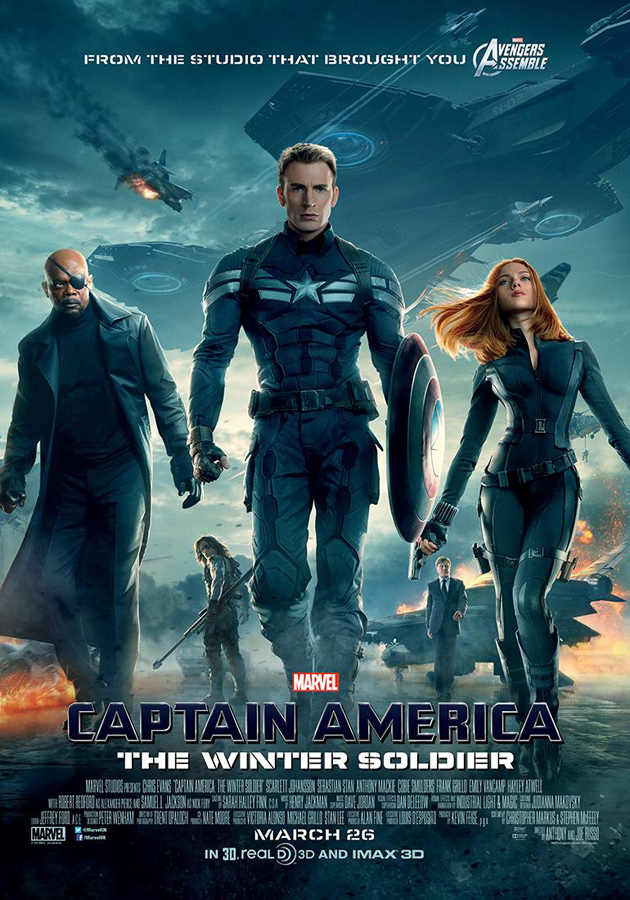 I was at a point where I was pretty much exhausted by the MCU when I wandered in to see Captain America: The Winter Soldier. Two minutes in and I was sold.

This is not just the best movie in the Marvel Cinematic Universe, it’s a really good movie. They made a legit seventies style espionage film with superheroes.

It doesn’t hurt that the The Winter Soldier is the best villain to date. He looks like a badass, is legitimately menacing and has a great story behind him.